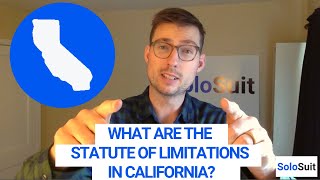 What Is the Statute of Limitations in California? (For Debt)