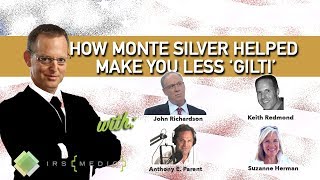 Tax reform included many ugly surprised for the US person who conducts business overseas. One problem is the transition tax, The other - something knowns as GILTI - Global Intangible Low-Taxed Income. The transiiston tax is still a problem - we yet to get the favorable rules we hoped for. But as far as GILTI goes, a lot of the big threats for US individuals have now been reduced, thanks to the work of Monte Silver and others who petitioned the US Treasury for this helpful rule change. The US Treasury reinterpreted its regulations and believe it or not - this time it actually helped individuals who own shares is what is considered to be controlled foreign corporations. Essential, the new regulations state that as your CFC is in a jurisdiction where the corporation tax rate is in excess of 13.125%, there exists a possibility now to defer any GILTI taxes due And hwile this is incredible, however two issues still exists on the latter being the larger problem: very expensive compliances costs, the transisiton tax whcih is still a disaster that we do not feel the US Treasury properly understands. Many of these tax laws hurt those who have bene in compliance the most. We strongly suggest revisiting this policy and actually giving those who have done thier best to be in compliance a break. For those who will be in Europe next month, we advise you follow Solomon Yue on twitter https://twitter.com/solomonyue as he will presented a conference to defeat so many more of the onerous international tax reporting obligations.