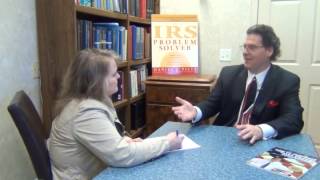 America's financial crisis is taking an unimaginable toll on people. Bankruptcies, foreclosures, repossessions, defaults, loan restructuring are bad enough but then things get worse when the IRS shows up with a 1099C. Your debt may have been forgiven but the IRS considers it income, "debt foregivness income". And now they want you to pay taxes on this "income". Dan Pilla explains what the 1099C is and how you should deal with it.