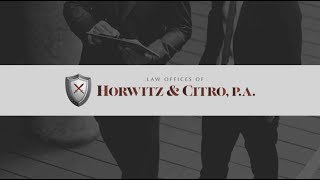 If you or a loved one is being charged with a tax crime in Florida, contact the experienced Orlando white collar crime attorneys at the Law Offices of Mark L. Horwitz. Visit http://www.mlhorwitzlaw.com/ or call (407) 401-7224 today to schedule an initial consultation. "The government sought an injunction to permanently prevent the person that had a tax preparation business who the government contended owns several different stores over several years. They also wanted disgorgement by which the government sought every penny of gross receipts that came in to each of the business locations. No deduction for rents, no deduction for salaries, commission, advertising, nothing. They wanted every penny. That trial was non-jury trial. We consented to the entry of an injunction so that my client would not further engaged in a tax preparation business. We went to trial for two days, non-jury. We did not present a closing argument, rather, we submitted written memorandums instead of the closing argument and the judge issued an order by which the government took nothing. The government went after, filed civil lawsuits against my client and against the person who had or would amounted to the overall franchise. Also, various other people similarly situated with my client, that is those who also had been in tax return preparation business under the same franchiser. If we would have lost, if he would have lost that trial, what the government was seeking was a judgement for eleven million dollars. He would have been subjected to paying eleven million dollars plus interest from the date of the judgement to the federal government and they could have proceeded to collect and seize as any creditor can to enforce the judgement. We fought over the governments claim that they were entitled eleven million dollars, which they computed based upon surveys and opposition was that the government's work in saying they were entitled. How they determined that they were entitled eleven million dollars was shoddy and didn't deserve to result in them getting a judgement."