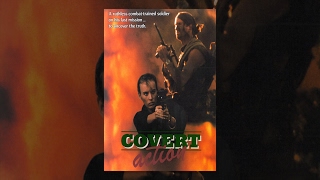 CIA operative Frank White is fighting the toughest battle of his life: he's on trial for the assassination of a Central American diplomat. Only two men could have made the shot - White, or his friend Rick Burns, an ex-military sniper now working as a Mafia hitman. While caught in the crossfire of courtroom persecution, White hunts for a truth that exposes enemies both foreign and domestic.